The estimated reading time for this post is 39 seconds

Stacey Jackson General Counsel Golden Bear Insurance Company and M.J. Hall & Company, Inc. She began her legal career as a prosecutor for the San Joaquin County District Attorney’s office before becoming a civil litigator. She was partner in the civil defense firm of Thayer, Harvey, Gregerson, Hedberg and Jackson and represented insureds throughout California before coming to “the Bear.” Stacey represents Golden Bear as an active member of PADIC- Pacific Association of Domestic Insurance Companies. Stacey also holds a Master’s Degree in English and a teaching credential from the University of the Pacific. On point with the coming presentation, Stacey was instrumental in drafting coverage for the Cannabis package policy offered by Golden Bear. It is the only admitted cannabis product in the State of California. 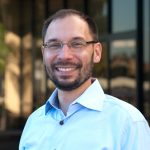