Learn how to achieve Security in FinTech!

Join us for a panel of investors & founders who will discuss Security in FinTech! 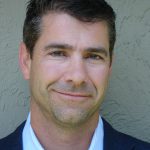 Matt Bigge, Partner Crosslink Capital has more than 25 years of experience as a serial entrepreneur and multi-stage venture capital investor. Matt’s relationship with Crosslink’s team spans more than 20 years, including working with Eric Chin at military spin-out venture firm, MILCOM Technologies. Prior to joining Crosslink, Matt was a Partner at Paladin Capital, where he focused on enterprise and industrial infrastructure with a particular emphasis on security. He co-invested alongside Crosslink in ProtectWise and Verodin.  Matt has a strong track record of investing in leading edge technology companies, including ArcSight (acquired by HP), CloudShield (acquired by SAIC) and Narus (acquired by Boeing). He was also an early investor and Chairman of the Board of MeshNetworks (acquired by Motorola).  As an operator, Matt co-founded seven companies, including MILCOM Technologies and Strategic Social (acquired by Constellis Group).  Prior to his business career, Matt was a distinguished Airborne Ranger in the US Army. 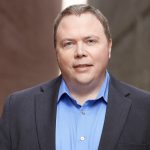 Carson Sweet is co-founder and chief technology officer for CloudPassage. As founding CEO, Carson led the team that created Halo, the patented security platform that changes the way enterprises achieve infrastructure protection and compliance. Carson’s information security career spans three decades and includes a broad range of entrepreneurial, management and hands-on technology experience. Carson and his teams have created groundbreaking security solutions across a range of industries and public sectors, with heavy focus on including financial services, federal government, and high-tech. Carson focuses on long-term product, technology, and business strategy as CloudPassage expands market share through existing and emerging cloud security solutions. He also serves as chairman of the CloudPassage board of directors.

Linus Liang, Partner SigniaVC is a serial entrepreneur with expertise in technology, medical devices, and social enterprises. He most recently co-founded a company called Embrace, a social enterprise that develops and distributes a low-cost infant incubator for developing countries. Prior to this, Linus founded several software companies in the mobile and social networking space, the last one resulting in an acquisition by Zynga. Linus has also worked in the corporate sector as a Program Manager at Microsoft, a database researcher at IBM, and on the deal team at Andreessen Horowitz. Linus graduated with a B.A. in Computer Science from UC Berkeley, an M.S. in Computer Science from Stanford, and an MBA at Stanford. 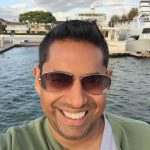 Vivek Ganesan, CoFounder Zyudly Labs, is a seasoned technologist with a strong background in big data and analytics. He has worked in applying Big Data and Analytics to deliver business value in the Financial Services and Cybersecurity domains.  He has more than 20 years of experience in applying analytics and data-driven thinking to solving security problems.  Vivek has worked on complex data security solutions at Cisco as well as driving analytics and cloud security solutions at Intuit.  He has also applied his hands-on data-centric skills to good use at several consumer startups such as FanIQ, ListenLogic, and Syfto.  He is currently serving as the co-founder and CEO of Zyudly Labs which is building a data-driven deep learning solution to discover data breaches and improve network security for the financial services industry. 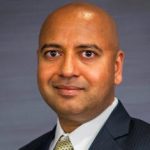 Puneet Thapliyal is the CEO and cofounder of TrustedPassage where he heads up overall strategy, direction and product management. He is a seasoned cyber security and networking executive with previous work experiences at Yahoo and Oracle. Puneet is an active member of the OWASP and Cloud Security Alliance where he contributes towards the Software Defined Perimeter (SDP) working group. He has extensive experience with cloud security, building one of the first Firewall As A Service (FAAS) offerings. He holds multiple technology patents including in the areas of Web App Security and Multicast Protocol Congestion Control.  He earned an undergraduate degree in Computer Science from HBTI, Kanpur and graduate degree in Computer Science from Rensselaer (RPI), NY. 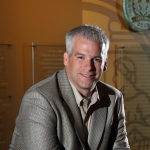