Learn about all you need to know about Crypto Security! #cryptosecurity 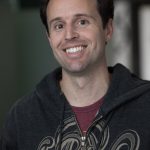 Neal Reiter Product Manager IdentityMind Global, a risk and AML compliance software provider based in Palo Alto. Neal is responsible for its cryptocurrency and ICO product offering. He has worked at IdentityMind for over four years, helping companies with Know Your Customer (KYC) and Transaction Monitoring. Prior to IdentityMind, Neal led the West Coast operations of Booz Allen Hamilton’s financial crimes team. 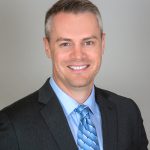 David Huseby Security Maven, Hyperledger David has spent his 20+ year career driving the adoption of open source software to increase security and reliability in a range of industries. In the 1990’s he helped define and implement the first interactive web applications and was a leader in open source server-side business logic development. He then spent years in the entertainment software industry focusing on performance, reliability and security as well as building teams of engineers focused on security best practices. Most recently, as a senior platform security engineer at Mozilla, he led an effort to harden Firefox Web Browser with the anti-surveillance and security advancements found in the Tor Browser. He brings to the project, years of experience and a great passion for user privacy and improving the security and trust in open source software through transparent and secure software development and deployment best practices. 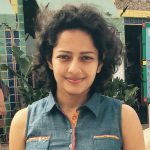 Vanishree Rao PhD Senior Cryptographer Intertrust Technologies. She is passionate about identifying security pain points and designing, developing, and deploying security/cryptography solutions. At Intertrust Technologies currently her main focus areas are blockchain technologies, white box cryptography and digital rights management. Prior to Intertrust, she was a Research Scientist at Xerox PARC, where she worked on various government-funded as well as industry-need driven security projects. She obtained her PhD in Theoretical Cryptography from UCLA. Her advisor was Professor Amit Sahai, a world-renowned Cryptographer. She has worked on various areas in cryptography, including, zero-knowledge proofs, multi-party computation protocols, key exchange protocols and program obfuscation. 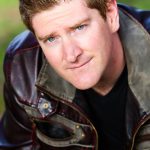 Pemo Theodore is a Media Publisher and a great people connector. She is Founder Silicon Valley TV which has served the San Francisco Bay Area for 12 years! She has produced Silicon Valley Events for Investors & Startups for 10 years. Pemo loves to video interview venture capitalists & founders to engage the human behind the success stories.. She has been Executive Producer of FinTech Silicon Valley for 5 years, organizing twice monthly FinTech talks & panels in San Francisco & Palo Alto. She believes in learning through a great discussion with experts in the domains. Pemo has a talent to bring the right people together and is an incredible networker. Pemo's events have been seen as supporting Venture Capitalists & Angels in sourcing great deal flow from startups who attend her events. Many founders have received funding through meeting investors at her events. Her favored medium is visual media and she has built up a great body of work of videos of panels & interviews in Silicon Valley startup ecosystem. Bio https://pemo.one

Wayne was a Wall St investment banker and venture capitalist; owner/operator of the number two rock broadcasting stations in Los Angeles; Founder/CEO of the first utility wind energy developer (backed by Chevron); CEO of an international telecom that introduced the first direct dial telephone and wireless service to Moscow; Founder of two software companies. He is now CEO of ClimateCapex, a fintech platform for clean energy project finance.