Learn about how AI is disrupting FinTech! #aifintech

Launching an ICO or got an AI startup? Book a demo table & get a video of your 3min pitch! 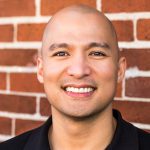 Aldo Carrascoso CoFounder/CEO Venn. Venn combines next generation transomics, LC/MS and deep learning to augment cancer diagnosis, biomarker and target discovery for the development of more efficacious therapeutics. He is also the Founder and COO/CTO of San Francisco based, Veem (formerly know as Align Commerce and the world’s largest cross border payment processor on the blockchain). Veem uses the blockchain to replace the outdated SWIFT system and it is changing the way global payments are sent and received across the world, making the process much simpler, faster, more transparent and secure. Prior to founding Venn and Veem, Aldo was the Founder and Founding CTO of Jukin Technologies / Jukin Media – one of the world’s largest User Generated Content (UGC) licensing platforms. Aldo has been featured on CNN, Bloomberg, ANC and The Cube for his “zero to one” work on healthcare, global finance and digital media, collectively, his ventures have created ~$500M in value for investors. Aldo has an MBA in Entrepreneurship from Babson and and is a graduate of the Ateneo De Manila University. 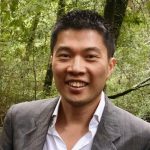 Cang V. Quach, Managing Partner Stern Ventures. Previously, Mr. Quach served as the VP of Finance & Strategy at Untangle, Inc where he spearheaded the company’s acquisition growth strategy, doubling the size of the parent company. In addition, as part of the Technology Investment Banking Group at Morgan Joseph TriArtisan, Mr. Quach completed numerous equity, debt and M&A transactions, representing over $250 million in aggregate value. Mr. Quach co-founded two startups in the digital publishing and display sectors for mobile devices and holds five U.S. patents. Prior to these ventures, Mr. Quach served as an Equity Research Associate at Dodge & Cox, an investment management firm with over $200 billion in AUM, where he analyzed companies in the cellular, automotive and retail sectors. He also served as an economic analyst at the Economic and Social Council (ECOSOC) of the United Nations in New York. Mr. Quach holds an MBA from U.C. Berkeley Haas School of Business. He earned his B.A. in Economics with Honors and Phi Beta Kappa from Occidental College. Mr. Quach is a CFA charterholder and holds the FINRA Series 7, 24, 62, 63, & 79 licenses. 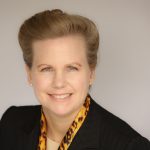 Susan Mason CoFounding Partner Aligned Partners Susan has over 25 years of operating management and venture capital experience. Aligned Partners is an early stage venture capital firm focused on investing in capital efficient start-ups in the enterprise space. Prior to Aligned Partners, she was a General Partner with ONSET Ventures, an early stage venture capital firm with $600 million under management.Susan specializes in investing in the information technology area, specifically communications, security and financial technology.As an investor and board member, Susan has played a pivotal role in the development of companies including Securent (acqd CSCO), Alteon (IPO), Gadzoox (IPO), SilverTail Systems (acqd EMC), Omney (acqd MA), and many others. Prior to entering venture capital investing, she held positions in high-technology engineering, marketing and business development.She led a highly successful consulting practice, helping Fortune 1000 corporations capitalize on emerging markets and technologies.Early in her career, she held positions in marketing and engineering design of high-performance systems and microprocessors for Fujitsu Microelectronics, Fairchild Semiconductor and NCR Microelectronics. Susan received a B.S. in Electrical Engineering and Computer Science from the University of Colorado and an M.B.A. from the University of California, Los Angeles.She is a regular guest speaker on entrepreneurial topics at Stanford University, UCLA and many of the local events in Silicon Valley. She is a founding boardmember of the Center for Venture Education, which operates the Kauffman Fellows Program.She has served as its Chairman and continues to serve on the board as Chair Emeritus. 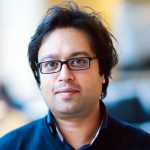 Sunil Madhu Founder/CEO Socure, the leader in real-time online identity verification solutions, a start-up company based in New York City. Sunil is a serial entrepreneur, with several successful transitions through IPO and acquisition. A security architect by profession, he has spent over 20 years innovating identity and access management, addressing hard problems in network and application authentication and authorization. At Socure, Sunil leads an experienced team who is ‘pushing the envelope’ of identity verification, by employing online and social media data for real-time consumer and business authentication. Sunil holds a MS degree in MIS from Glasgow Caledonian University and a BS with Honors in Computer Science from Strathclyde University in the UK. 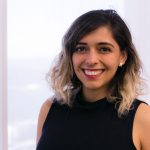 Moderator: Luz Gonzalez CEO/CoFounder Konviv, the Money Coach App. Konviv is an artificial-intelligence money management platform that’s connected to a hip and friendly chatbot (disponible en Español). Konviv is a game-changer for anyone struggling with their finances, living paycheck-to-paycheck, having irregular streams of income, those that are part of the gig-economy, or anyone who just wants better tools to better manage their money. Luz is fascinated by how developments in fintech, including blockchain, will empower millions/billions around the world to access financial services and products that before were completely out of reach. Luz has a B.A. and J.D. from U.C. Berkeley, served for Teach America, and was most recently Head of Strategic Partnerships at SchoolMint. Luz loves hard challenges, her latest feat being completing her first 50-miler.

Launching an ICO or got an AI startup? Book a demo table & get a video of your 3min pitch!