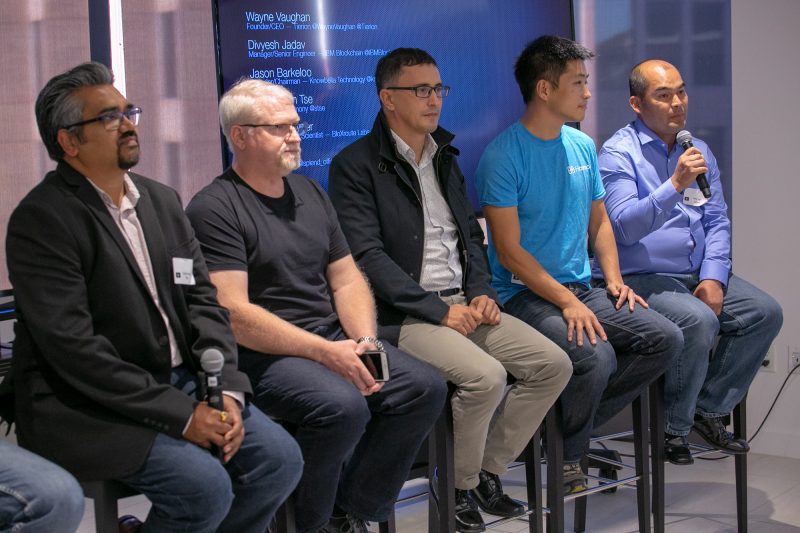 The estimated reading time for this post is 0 seconds

The estimated reading time for this post is 276 seconds

Jason E. Barkeloo Founder/Chairman Knowbella Technology Jason has thirty-four years of experience as an entrepreneur, researcher, investor, and educator. He began his career as a US Army air defense operations and intelligence assistant. Later, after the US Army sponsored his higher education, he managed military medical facilities and research laboratories. At the end of his US Army career with a final assignment as the lab operations officer of the Walter Reed Army Institute of Research (WRAIR) Medical Detachment, Jason was selected for the Department of Defense “Troops to Teachers” program. In that role, Jason spent 5-years as an inner-city high school science teacher. He received national recognition and awards for innovations in science education including the Sam’s Club/Walmart Teacher of the Year. Notably, he was a founder of a virtual high school focused on prescriptively delivering physical and life science content to students. After teaching, Jason became an entrepreneur and launched a number of startups. Jason’s first company, TouchSmart Publishing, was an educational content company providing content to special needs students. His second company, Somatic Digital, created the touch user interface (TUI) human-computer interface technology and had relationships with NASA, Microsoft, Hewlett-Packard, Freescale Semiconductor, and the National Federation of the Blind. His third company, Pilus Energy, was a synthetic biology company. It was purchased by a publicly traded company in 2014. Jason’s current 9-year effort is Open Therapeutics; an open science company that crowdsources orphan therapeutic intellectual properties (IP) to the global scientific community, particularly the underserved scientists in Africa, Asia, and Latin America. The blockchain-enabled collaboration platform is Therapoid.net that is currently in alpha testing. He hired the CEO and serves as Chair of the Board. His second current effort is Knowbella Tech; an open science effort crowdsourcing IP to researchers around the world. Knowbella Tech will provide Helix tokens (“cryptocurrency”) based upon Ethereum blockchain to the researchers who collaborate within the Knowbella Platform. He is the inventor of blockchain-based patents and speaks at conferences, particularly about Security Token Offerings (STO). Jason speaks internationally on the advantages of open science and Open Access publishing. He has patents in synthetic biology, digital rights management, and has patents pending in blockchain-enabled technologies. He holds an Bachelor’s degree in Anthropology from The Ohio State University and a Master’s degree in education with certifications in biological sciences and social studies from Antioch University. He dropped out of a PhD program to launch his first startup.

Emin Gun Sirer, CoFounder/Chief Scientist BloXroute Labs Professor Emin Gun Sirer is the co-founder and Chief Scientist at bloXroute Labs, a venture backed team of Professors and PhDs from Cornell and Northwestern Universities that are developing networking solutions to solve the blockchain scalability problem at Layer-0. Prof. Sirer is also the Associate Professor and Co-Director of the Initiative for Cryptocurrencies and Smart Contracts (IC3) at Cornell University. He has played pivotal roles in characterizing the Nakamoto consensus and the DAO detection and aftermath, and is the inventor of the Falcon backbone relay network which has been operational in the Bitcoin network since April 2016.

Moderator: P.P.S. Narayan (also known as PPSN) is a technology executive with more than 20 years of experience in software engineering, distributed and large scale systems. Until recently, PPSN held various leadership positions at Yahoo and Oath/Verizon, where he led teams that built much of Yahoo Video platforms and Cloud services. Namely, encoding, players/sdks, video AI/ML, structured and unstructured storage, user data, pub-sub messaging, serving and the edge. He was also the head of Systems Research at Yahoo Labs for part of his tenure. Prior to Yahoo, PPSN spent 10 years at Bell Labs Research where he led research and development in areas such as databases, query processing, network management and discovery, and geo-fencing for location based services. PPSN holds a bachelor’s and masters degree in Computer Science and Engineering. He has co-authored multiple publications in top-tier database conferences and holds patents in many areas across databases, network management, storage, and video. These days, he is mentoring, providing consultations, advising and blogging about all matters technology and products, including blockchains.